The Rotary Club of Moultrie decided to partner with a different school each year in order to share the wealth of our district grants. Stringfellow Elementary is one of ten (10) elementary schools in the Colquitt County system, and it located in an area of town that falls lower on the socioeconomic scale.

The gazebo in front of the school has been in place since 2008 - probably earlier - and it was more of an eyesore than anything useful. We gave the gazebo a complete overhaul including new stain, new metal roof, new plantings and mulch in cleaned flower beds, and Rotary signage. Revitalizing the space made it a more pleasant sight in front of the school and allows it to be used as an outdoor classroom, reading space, and focal point for outdoor events.

Rotary members removed the old landscaping - including the straw/mulch - and prepared the space for new plantings. We cleaned and pressure-washed the gazebo to prep it for new stain, and then brushed and sprayed on several coats of new wood stain. A local contractor volunteered time and materials to replace the rotten roof tiles with brand new metal - saving us time and money that could be spent on other items. New shrubs, plants, and flowers were placed around the gazebo and topped off with new rubber mulch. Rotary signage - including a "kid's version" of the Four Way Test - was also installed inside the gazebo, with QR code links to the Rotary International website. 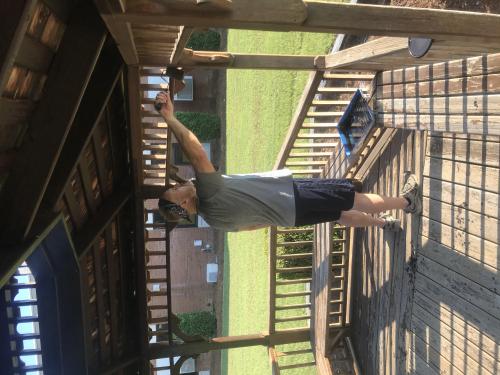 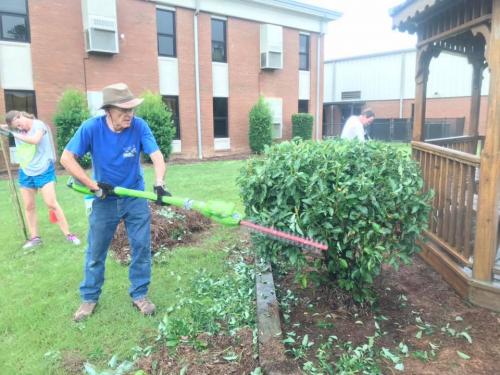 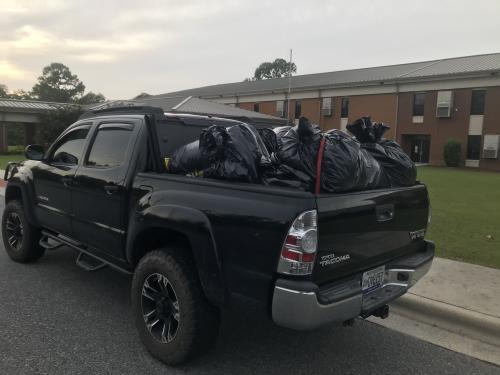 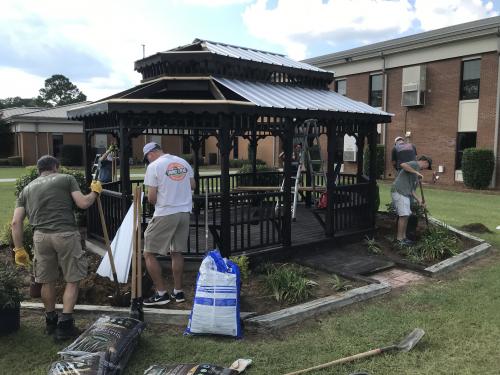